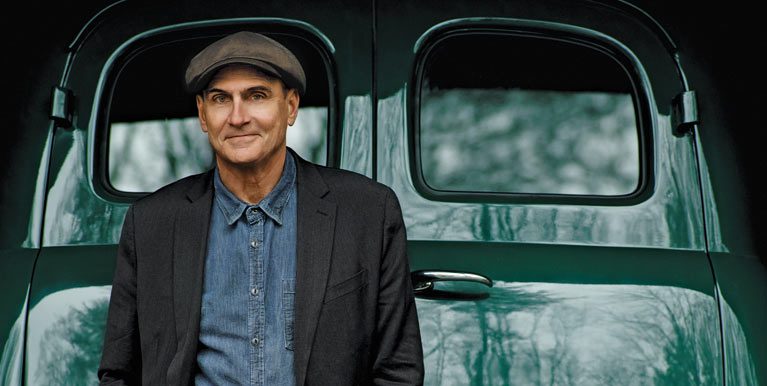 I had the opportunity to see James Taylor live on Friday night. While my kids didn't really know who he was, many of my generation will. He is someone we have listened to over many years, and really enjoy his music. It was such a gift to be in the audience on Friday night. As I observed James and the audience I thought he had several lessons to teach me.

When you are passionate about something, it can last a lifetime. James spoke about signing his first record label in 1968 with the Beatles. That was 48 years ago! He has had quite a life, and his passion for music seems as strong as ever. I wondered how he felt to be singing songs like "You've Got a Friend" which was made popular and he has been singing since 1971... I wondered how he kept his passion and sang with such feeling after all these years....

Passions mould experience and experience moulds our passions. While James sang many of the old favourites we had all come to hear, it was obvious that musically, he had other 'tricks in his bag'. He had surrounded himself with a great band and shared stories of his experiences over time that created the songs he wrote. Life intersects with and shapes our passions, and it makes both richer.

Enthusiasm draws people in. I was so inspired by James and many of his band members - all in their 60's and possibly 70's....long time musicians that seemed grateful just to be able to play together. Whether the 'instrument' was voice, sax, or electric guitar, each one radiated a level of enthusiasm that was contagious. I know it was a performance - and I really got the feeling these guys loved it. And so, we responded as an audience with ovations, cheering, clapping and singing along...we were happy to be drawn in, and better for it.

Real leadership shines a light on those that surround you. James made a great effort throughout the night to feature members of his 10 person band. Whether it was a vocal moment, or a drum solo, he highlighted almost everyone in his band. He introduced them respectfully, and seemed genuinely delighted to be working with them. While we all came to see James, through the evening, he showed us other musicians who are also gifted....he shared the spotlight effortlessly, delighting in the talent around him. For such an icon of music, I was reminded of the value of team, in leadership.

Leaders mentor and support the next generation. As I listened to James Taylor and his band, I was struck by his choice of the vocal team. They were younger, up and coming musicians, at least 2 out of 3 had their own CD's, which he suggested we look to purchase at the break. It was obvious as he was on stage that he took great delight in their strengths, and was positive and complimentary as he interacted in front of the audience. Their voices were different than his, yet all blended and complimented beautifully. So much would be lost if he were to want them to sound like him, to replicate the music without space for their unique gifts. Confident in his own gifts, James was free to celebrate and support the gifts of others.

While this concert was meant to be a fun night out - and it was - there are lessons I observed that I have been considering all weekend long. It was powerful to be a witness to such great leadership.